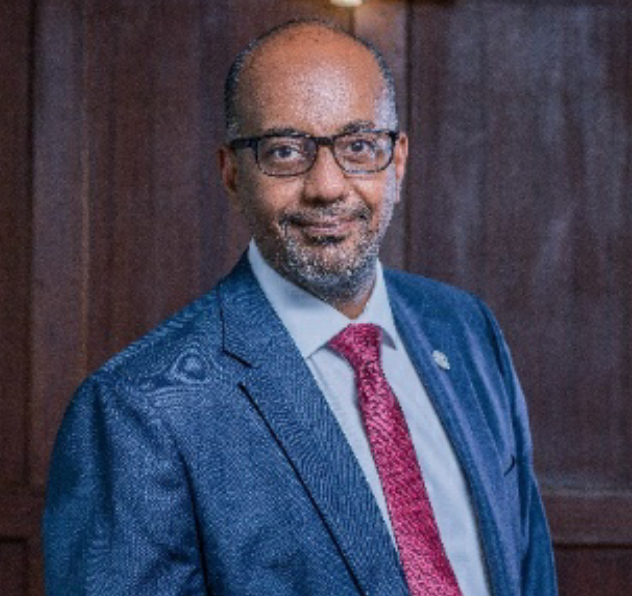 Admassu Tadesse is an international banker specialized in trade and development finance, with experience at board and executive-levels globally and in Africa.

He is currently the President and Chief Executive, Eastern and Southern African Trade and Development Bank (TDB) – formerly the PTA Bank. Since he joined the Bank in 2012, Mr. Tadesse has launched new business operations and spearheaded critical reforms which have led TDB to transform its ownership and risk management structures, expand its partnership network, grow its assets from US$ 1 billion to over US$ 6 billion, and drive higher impact in the 22 Member States it serves.

Specialized in trade and project finance, TDB covers 22 Member States from Egypt, to Mozambique and Eswatini. It has 39 shareholders, both sovereigns and financial institutions, including the AfDB, BADEA, Denmark’s IFU, People’s Bank of China, OFID of OPEC, as well as several pension funds, and insurance companies.

Over the past 7 years, the Bank has enjoyed several rating upgrades, and its capital and funding have multiplied several-fold, alongside its shareholder base and portfolio size. The Bank is now investment grade-rated and one of the leading financial institutions in the region.

Previously, Mr. Tadesse was Executive Vice President at the Development Bank of Southern Africa, where he served for over 10 years, and among other portfolios, was responsible for international finance and corporate strategy. He has also worked as a senior advisor and specialist with various funds and international organizations, including in New York.

He is a recipient of several distinctions and awards, and serves on several boards and industry bodies globally. Just recently, Mr. Tadesse has been recognized for his achievements at the prestigious African Banker Awards in June 2019, where he won the ‘African Banker of the Year’ award. Mr. Tadesse holds an MSc from the London School of Economics, and an MBA from Wits Business School. He is also an alumnus of Harvard Business School and Western University.