Mauritius has been consolidating its position as an International Financial Centre (IFC) of substance over the past few years. Discuss.

The emergence of the financial industry in Mauritius started with the diversification strategy of the economy in the 1990s. Mauritius as an IFC has since gone a long way to now become one of the main pillars of the economy. Over the past two decades, Mauritius has gained a global reputation an IFC of substance and repute and currently offers a myriad panoply of financial products and services to the international investment and corporate community such as private banking, investment structuring, insurance and reinsurance, domiciliation and administration of private wealth, investment banking and global headquarter administration.

As of date, there are approximately 1,015 funds with a Global Business Licence and around 12,139 Global Business Companies. It is noteworthy that over the last few years, the number of funds that choose to use Mauritius as a base continues to grow. In addition, Mauritius possesses the right ecosystem through its strategic geographical location, innovative business environment, modern banking and technological infrastructure, and robust regulatory framework. The expanding presence of international law firms, corporate service providers and fund managers provides the enabling environment for investors to structure their business in the jurisdiction and support the financial sector’s continued growth.

It is further highlighted that the Mauritius IFC is forging ahead with a strategy to demonstrate economic substance over and above existing legal substance. Since 2016, there has been the development of innovative and value-added products and services offering a new level of sophistication such as the Global Headquarters Administration Licence, Investment Banking Licence, Family Office scheme, Captive Insurance, amongst others.

Mauritius is widely used as a springboard by a number of companies for investing in Africa. Discuss

Mauritius has been the flagbearer for the African continent as a model of stability and economic prosperity, good governance, economic freedom, the standard of living and democracy. It is of no surprise that firms around the world are increasingly using Mauritius in order to coordinate their investments into Africa as the jurisdiction is a tried, tested and trusted one. Furthermore, there is an increasing number of funds especially impact funds using Mauritius for their African investments.

It should be highlighted that the Mauritian Government has a long history of promoting trade and investment ties with the continent as a founding member of the African Union. Mauritius is also one of the founding members of COMESA and an early member of the SADC and has emphasized its desire to contribute towards the economic development of the African continent through trade.

Through its membership to the abovementioned trading blocs in Africa, Mauritius provides the international investing community with preferential market access to more than 600 million people. For instance, if one looks at the number of bilateral investment treaties with Africa, Mauritius has signed 23 double taxation agreements and 24 Investment Promotion and Protection Agreements (IPPA) with key African countries. IPPAs signed to allow for risk mitigation and investment protection to the investors and protect them from the risk of expropriation.

Mauritius is also a member of the Multilateral Investment Guarantee Agency (MIGA), which is part of the World Bank Group, since the 28th December 1990. Hence, companies incorporated in Mauritius are eligible for MIGA guarantees which protect investors against the risks of transfer restrictions, expropriation, war and civil disturbances, breach of contract and failure to honor sovereign financial obligations.

In a nutshell, investors are in search of ecosystems with stable financial centres, politically well supported, having an affinity with Africa and offering world-class infrastructure. Mauritius is therefore well poised and ticks all the boxes to service the African region, given the country has grown into an experienced IFC contributing towards the flow of FDI into Africa from the rest of the world.

The Mauritius International Financial Centre remains focused in continuously upgrading its regulatory infrastructure to provide a safe, efficient and world-class experience to the international investing community. How is Mauritius rising as a wealth management destination especially for the African High Net Worth Individual (HNWI)?

The Mauritius legislative framework enables wealth management planning through trust and foundation structures. For instance, the Mauritius trust allows for the setting up of various types of trusts such as fixed, discretionary, purpose and charitable trust. The foundation also has some of the attractions and can be used for similar purposes as trusts do.

It is further highlighted that Mauritius has been continuously expanding its product offering for wealth management purposes. Back in 2016, the Single-Family Office and the Multiple Family Office scheme was announced. The scheme provides incentives such as corporate tax residency in Mauritius, enables family members to have access to work and live permits and the right to acquire property in the jurisdiction.

For the continent’s HNWI, risk mitigation is of prime importance especially due to the family’s assets. Furthermore, confidentiality is also important when choosing a jurisdiction to manage the wealth of the family. A number of other factors such as political stability, sound legal systems, no exchange control is taken into consideration and this is where Mauritius ticks the box and satisfies the African family office client.

How is Mauritius sharpening its attributes to become the ideal Fintech hub for the region?

Mauritius possesses the right ecosystem to become the ideal Fintech hub for Africa. In terms of infrastructure, the island possesses some of the key parameters such as optimal internet connectivity, which is essential for today’s Fintech businesses. This service is available with an ever-expanding 4G network throughout Mauritius.  The country is connected to the SAFE/SAT -3 /WASC submarine fiber-optic cable since 2002 and to the Lower Indian Ocean Network (LION), a 1000 km long submarine communications cable system that connects neighboring islands. In addition to the above, a healthy, well-established legal system, favorable tax rate, and robust financial regulatory authorities further enhance the offerings of the Mauritius jurisdiction.

The Mauritian FinTech industry sprung into action when the Regulatory Sandbox Licence (RSL) was introduced. Investors willing to invest in innovative projects for which there exists no legal framework, or adequate provisions under existing legislation in Mauritius may be allowed to conduct the business activity under RSL.

The next turn in the FinTech revolution took place when the Hon. Prime Minister, in his 2018-2019 Budget, announced the setting up of a National Regulatory Sandbox Licence (NRSL) Committee. It is highlighted that the NRSL Committee specifically assessed Fintech-related applications and based on its recommendations, the EDB issued the RSL.

Furthermore, since the institution of the first NRSL Committee, by the Government of Mauritius in September 2018, the Committee has determined 18 projects and has granted approval of 9 RSLs for a diverse portfolio of FinTech projects, including Initial Coins Offerings (ICOs), cryptocurrencies exchange platforms, digital wallets, crowdfunding platforms and blockchain-enabled alternative securities platforms, blockchain-based KYC systems and robo-advisory wealth management platforms.

Whilst stepping into its sought-after role as a global FinTech hub, Mauritius has made significant regulatory reforms and has been driving key initiatives to consolidate its FinTech space. In order to provide for an appropriate regulatory framework for certain FinTech activities, the FSC has introduced two new licenses, namely the Custodian of Digital Assets license and the Digital Asset Marketplace license. The Custodian of Digital Assets license is effective since March 2019. Additionally, the FSC has also issued guidelines on investment in cryptocurrency as a digital asset and is ensuring that applicants for FinTech Activities have appropriate cyber-security and cyber-resilience policies and capacities.

Last but not the least, the Mauritius Africa Fintech Hub was also set up in 2019 and is a body representative of fintech companies, a think-tank, and an enabler of fintech-preneurs and startups in Mauritius. The Association has been tasked with creating network and tie-ups with international institutions and bodies. 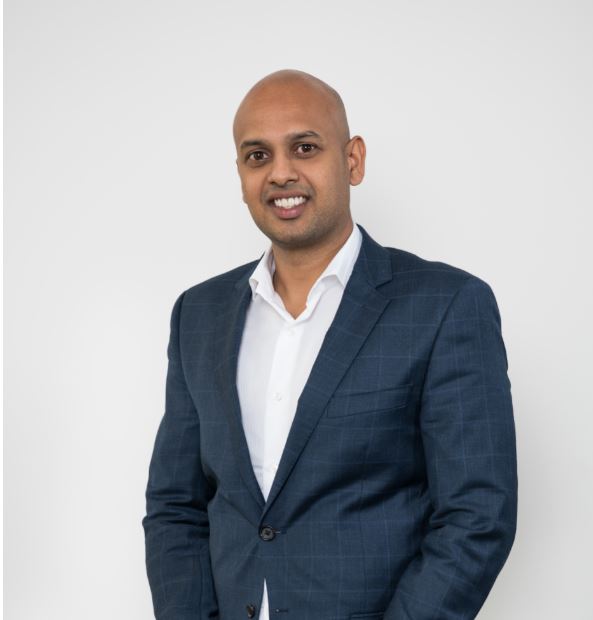