Mauritius hosted the past editions of PIAfrica. Can you let us know how Mauritius is evolving in a currently competitive environment?

Mauritius is evolving as an International Financial Centre of repute and substance. There is a bit of headwinds regarding FATF and EU verdict, but Mauritius is largely compliant and there have been a series of amendment to the regulatory framework which has enhanced the jurisdiction reputation. Obviously, there is a transition phase and a time lag until all issues are addressed.

We should not lose focus of the ecosystem of the financial services landscape within the Mauritius economy.  The robust regulatory framework, the quality of professionals, the standing of the banks including major international ones, the various multinationals that have made Mauritius their place of abode and finally, the independence of the judiciary system including recourse to UK Privy Council together with Mauritius being an international arbitration centre add to make Mauritius a growing force.

Over the past two decades, we have witnessed how the Mauritius International Financial Centre has gained a global reputation. Mauritius has met expectations by ensuring good corporate governance, a myriad of modern financial products and services and global connectivity along with competitive operational costs.

Furthermore, in terms of ease of doing business, Mauritius is faring well. The jurisdiction consistently earned first place amongst African countries in a number of indices such as the World Bank’s Ease of Doing Business Index, Global Competitiveness Report, amongst others.

We also note that before Mauritius has been largely perceived as a ‘treaty shopping’ and back office jurisdiction but since few years now all this is rapidly changing. The IFC is forging ahead with a strategy to demonstrate economic substance over and above existing legal substance. In addition, there has been the development of innovativevalue added products and services offering a new level of sophistication.

Why is Mauritius a unique springboard for the continental free trade area?

Mauritius is a market of 1.2million but it aspires to be the gateway to a market of 1.2bn although not all countries are part of CFTA. The Mauritius IFC is the magnet that attracts capital that gets deploy as Foreign Direct Investment in Africa. The CFTA will bring more investors to look at the continent but because it is a fragmentation of 54 countries, 54 markets, 54 rule pf law, it does make commercial sense to set up in Mauritius before adopting a cohesive approach to “go to market” from here.

Mauritius is well poised as a platform to finance the continent. In terms of relationships with African countries, there has been very good progress.

As a matter of fact, investors are in search of ecosystems with stable financial centres, politically well supported, having an affinity with Africa and offering world class infrastructure. Mauritius ticks all the boxes to service the African region, given the country has grown into an experienced IFC contributing towards the flow of FDI into Africa from the rest of the world and remains a strategic development partner in and for the continent.

Throughout the years, Mauritius has developed very good bilateral relations with many emerging markets in the African continent. For instance, if one looks at the number of bilateral investment treaties with Africa, Mauritius has signed 23 double taxation agreements with the Continent. Mauritius is also well poised to be the ideal risk-mitigating platform that would provide the security and peace of mind to investors, with 24 Investment Promotion and Protection Agreements (IPPAs) signed with African states, which include protection against expropriation, compensation for losses and free repatriation of capital profits.

Furthermore, Mauritius is a member of the Multilateral Investment Guarantee Agency (MIGA), which is part of the World Bank Group, since the 28th of December 1990. Hence, companies incorporated in Mauritius are eligible for MIGA guarantees which protect investors against the risks of transfer restrictions, expropriation, war and civil disturbances, breach of contract and failure to honour sovereign financial obligations.

In addition, Mauritius suitability as a business destination is reinforced by its membership of all the major African regional organisations. These include the African Union, the Southern African Development Community (SADC), the Common Market for Eastern and Southern Africa (COMESA) and the Indian Ocean Rim-Association for Regional Cooperation (IOR-ARC) which makes Mauritius the ideal platform for attracting funding required for African ventures.

Is your company already doing business in Mauritius? If not, are you planning to invest in the country? Why?

KICK has kicked off on July 20 in Mauritius. There is no better place to run a Corporate Finance boutique firm in this part of the world as from Mauritius you can access both equity and debt.

What strategies should be taken to leverage Mauritius as an international finance centre?

The strategy of the Government of Mauritius in enhancing the regulatory framework is making the country attractive as an International Finance Centre. The competitive advantages of this island nation rest in the growing educated talent pool with seasoned professionals available to serve the different requirements of the international clients. The investment of the Government in education is a strategy that is paying off. With the assistance of the Economic Development Board, Mauritius is attracting marquee operators to operate in the jurisdiction. However, more can be done to attract operators in Wealth Management and to attract renown hedge funds and private banks. 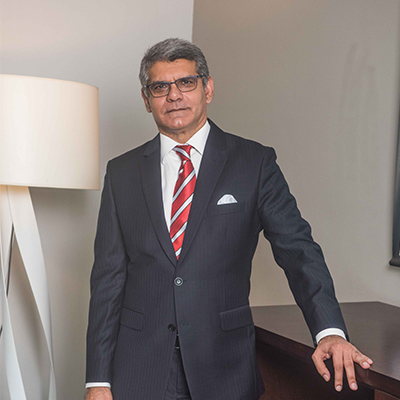